The mainstream news media is usually wrong. But it's the best we have. 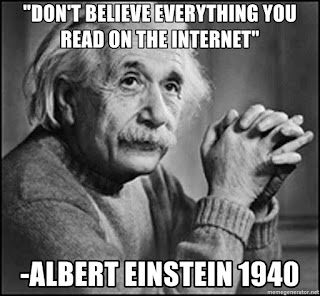 The mainstream news media is usually wrong. We know this. Well, I do, anyway - because every single time I've read or heard an article that I had insider knowledge of (like, I witnessed the event myself, for instance), the coverage has been woefully inaccurate or downright wrong. Every. Single. Time.

Not a scientific study, I realise, but the consistency of my experience leads me to believe that I cannot (or should not) treat any news report as gospel truth. It's just way too unlikely to be right.

Enter the "new" news. Social media has spawned myriad dot-com news pages that the cynical and the conspiracy theorists love to share, because they appear to be the antidote to the dry, old and reputedly biased trad media. These pages, according to popular belief, are a breath of fresh air, telling us the truth behind the lies and blowing away the smoke and mirrors of the bastard political elite.

I'm not talking about stupid memes that people share because they reflect their own political agenda. Those are all bollocks, but no. I mean serious sounding websites, usually with "art", "science" or "health" in the title, which purport to educate and inform. I have bad news for you...

Many, if not all of those articles are written by pillocks like me. For next to no money. With little or no regard for fact-checking or in fact anything except hitting the word count in the shortest possible time.

Back in the day when I was a bit desperate for cash, I would take any writing gig I could get, so I stumbled across these "agencies" that provide writing work to freelancers. You have to pass an infantile writing test and then, boom! The editor emails me a list of subjects:

Deodorant - 800wds
Space Exploration - 700wds
Is the taxpayer footing the bill for the Royal Wedding? - 1000wds
The Large Hadron Collider turns up another new particle - 500wds
The world's banks are really run by the Rothschilds - 700wds
I made these up, but you get the picture...

You have about two days to write ten to twenty articles and you get paid a set amount for the lot, if and only if they all conform to a set of guidelines, which was a bigger document than the contracts for any of the books I've written! The point is that I know nothing about these subjects and just Google quickly and write them quicker still; I worked out that if I wrote as fast as I can I could earn about £3 per hour. The editor pastes the words in and the content goes out as informative material. But, with the best will in the world, it's crap.

The purpose of these articles is only to get you to the site and expose you to advertising. That is almost exactly the same business model as a newspaper, but the perpetrators do not care at all about accuracy when it comes to social media. If a few people rubbish the claims and start an argument that just means more exposure and more ad clicks.

If I was writing for The Independent or something, they'd only use me for work that I knew something about. Like kayaking. Or snow. These "agencies" would just send a list of seemingly random subjects to me and say "Do it."

I realised pretty quickly that I didn't want to do this work, but there are a lot of unemployed, stay-at-home parents, wannabe writers, or just desperate people who are still doing it. I suppose that by not sharing this nonsense on social media, we are potentially depriving people of their income, but for the greater good I suspect that perhaps we shouldn't.
Posted by @itsmattos at 04:47