Only because I  found it on the internet, to be quite honest, but this lovely photo by the talented Pierre Mellows was shot for my first foray into writing about SUP for print. Interesting composition works really well here (it's a DPS so there's a fold down the middle), and the canoe shot is not what anyone expected. Thus lulling the canoeing and kayaking readers into something or another and circumventing the expected backlash from the anti-stand-up-community... maybe. Why people can't all play nicely together is beyond me. Sitting, standing or kneeling, it's all fun...
Posted by @itsmattos at 02:47 No comments:

I thought it would be a marvellous idea to take my buddy Mitch down some rapids in a double kayak. He's been kayaking before, of course, but never on moving water. And I've never paddled a duo with someone in the front who weighs as much as me (or a bit more even)...

So, with very high water levels on the Dart (through the third arch if that means anything to you) it was always going to be an adventure.

My favourite part is actually Ugg running the somewhat rowdy Lover's Leap rapid backwards so that he could film our descent. Awesome work!

Land-based training and lots of fun!

We have UK stock of the Hammerhead board and paddle available at the new competitive price of £339 including mainland delivery and VAT. The US price is $389, but that does not include tax or carriage so this is a bargain. For comparison the only other carbon paddle we know in the UK is £129.99 with the nearest comparable longboard coming in around £220, so at a similar price but including delivery and a host of unique and arguably superior features, the Hammerhead looks pretty attractive. 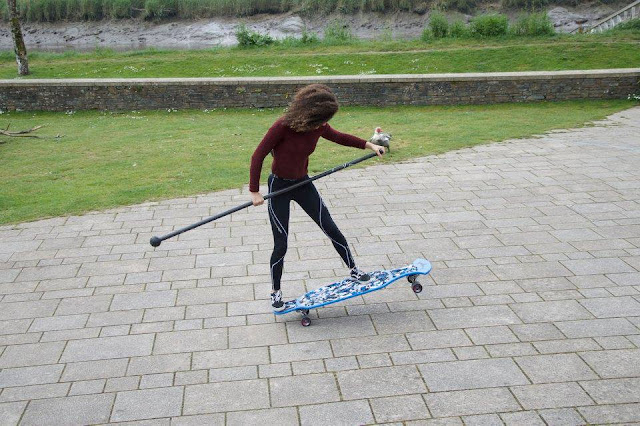 Unpacking the stock and checking out the boards, Kiah liked the Natural board colour with the Sandstorm deck pad. I kinda wanted to like the Black with the Rasta pattern, but I think I have to agree. All the boards including the Ocean Blue (pictured above) look pretty cool though - the foam deck pad looks a lot more exciting than just grip tape, as well as being warm and allowing us to ride in bare feet!

The unique things about the Hammerhead board are its sheer size (it's much more of an SUP experience than just a normal longboard), its deck shape that prevents the paddle from fouling on the wheels, and the foam deck pad. If you want to feel that you are riding an SUP board, rather than just skateboarding while waving a stick, I don't think there is any other combo that can replicate it. The paddle is carbon with a dense and grippy rubber ball, perfect for drive as well as braking, support and slides. The paddle is adjustable too. With the massive, robust Caliber trucks and the smooth as silk 70mm wheels, we are having a lot of fun with it! 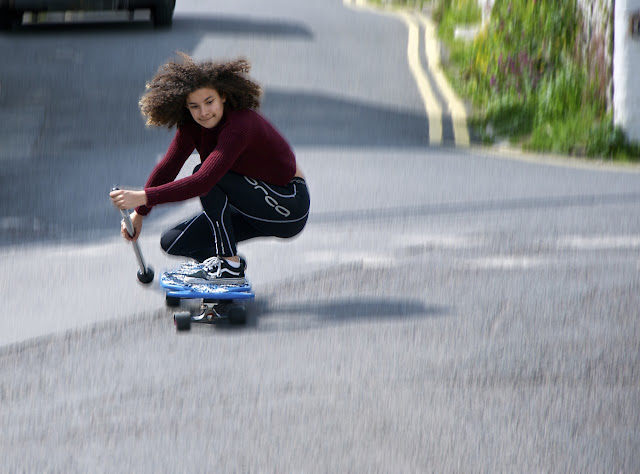 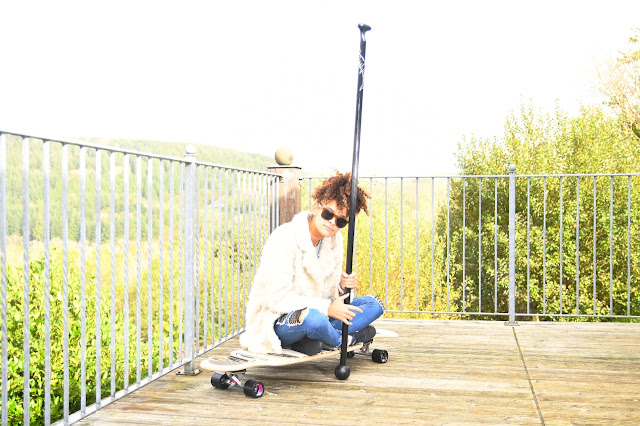 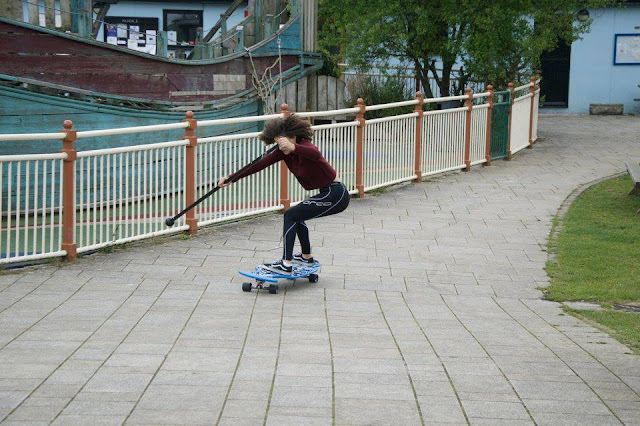 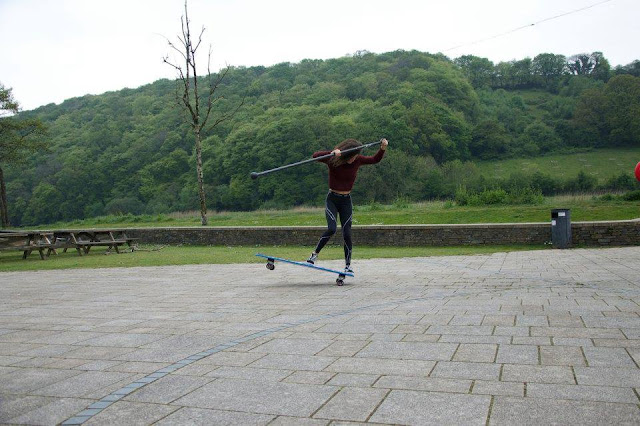 Jeans from dewerstone - practical in the extreme.

Stretch jeans were a thing when I was a kid. It didn't endure. But in a world where we want our activewear not to look like activewear (I'm using the royal "we" because I know there are MAMIL's and people who wear their gym clothes to show that they go to the gym) the concept of stretch denim actually makes a lot of sense. I wasn't sure I would enjoy wearing it though. But I do. They look like nice jeans, feel good to wear (they are quite light but I haven't ripped them yet so that isn't really a negative) but crucially they allow a lot more movement than conventional jeans.

A friend of mine who is a dancer used to wear what she called her "dancing jeans" - I think they were in fact her Dad's old jeans, and they were massive. This enabled her to do big dance moves unhindered, and I don't think she was bothered that they weren't that flattering to her svelte physique. But guys can't really employ this strategy - we don't have the waist/hips really, so big trousers actually fall down and make leg movement even more difficult. Enter the reasonably fitted but stretchy dewerstone jeans. I wear these as often as I can, and very often bust out a workout in them. Dance moves not so much.


"Now hang on a minute," I imagine you saying, "Why would you do a workout in your jeans?" And yes, perhaps that seems as incongruous to some people as wearing Lycra all day does to me. But hear me out. When I'm looking after the toddler, or at the computer, I just need to swing into action with a mini workout when said child goes to sleep or is incarcerated in a high chair. Or when I have writer's block or procrastination overload, in the latter case. Or at the pub. I don't have time to be putting on special clothes.
On another level, the fact that I can do a workout in these jeans demonstrates that they're perfect when you have to vault a gate, climb a wall, or paddle home from the pub in a canoe. All of which (and more) I have had to do in the dewerstone jeans recently, so I can confirm that they are practical in the extreme. Maybe they should be called "Life Jeans"... 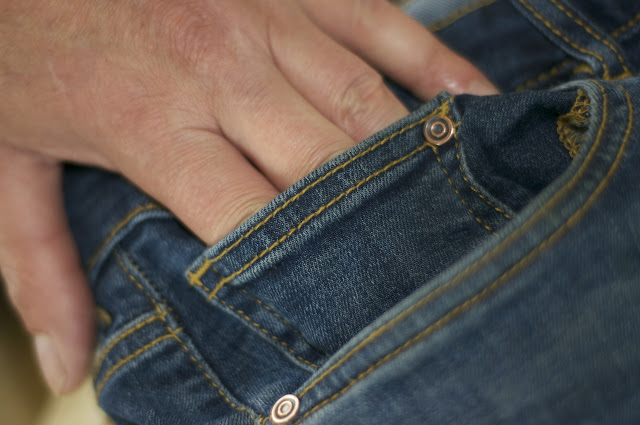 What else do I like about them? The little square pocket that all jeans have, that I used to call a change pocket but maybe it's for condoms? Whatever, it's no use at all if you can't get enough fingers in to retrieve the contents. This one is perfect. Again, the stretch helps. 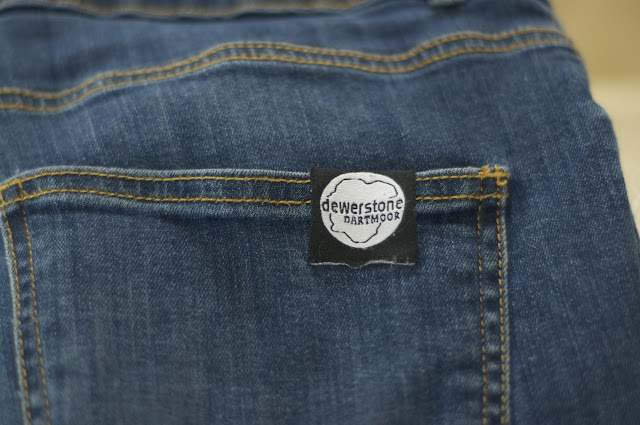 Subtle branding. Nice. Sizing, as far as I can tell, as expected. Colour - they don't look "too blue" straight off the shelf, but don't fade in the first few washes. Build quality - exemplary. Back pockets big enough for my "phablet" (^see dragon flag pic^ - it's in my back pocket). 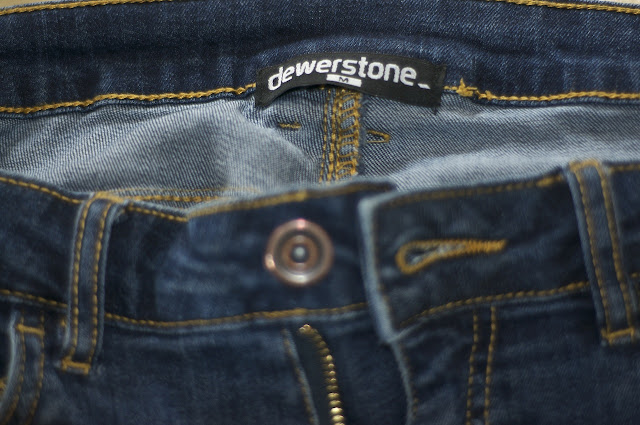 Could they be better? Not really. I would prefer a button fly, and maybe a hidden zipped pocket for cards/cash so that stuff can't be lost when you hang upside down. But that's just me. Personal preference.

To check them out or buy online, go to dewerstone.com

Two balls, in fact, a BOSU ball (wobble plate thingy) and a medicine or slam ball. Most of my SUP pals, like myself, train on sheltered flat water a lot. When it comes to going out in the wind and chop, it shows up deficiencies in the legs and core control. I've been training on the Hammerhead land-SUP for a few weeks now, but when the weather is wet, or hail, sleet and snow right now actually, I want a way to train at the gym. And I'm not in any way a fan (pun intended) of those things that are made out of a rowing machine, a stick and some string. Luckily my gym has the right equipment, but you can buy it online to use at home.

This video got off to a false start last week because I somehow managed to pack not the resplendent T-shirt from dewerstone that I'm wearing in the vid, but my girlfriend's size 8 vest-top from Gap. Don't get me wrong, I went ahead and did a workout anyway, but it didn't feel right to share. I'm pretty sure people were looking at me funny...

The BOSU ball is actually more wobbly than even my race board, so the legs are firing from the start. I throw the medicine ball at varying spots on the wall so that I'm constantly moving around to catch it. Catching it in one hand looks hard, but while it punishes the wrists and fingers, having the other hand for balance actually makes the exercise easier. Throwing straight ahead and catching against the chest is the hardest work - it nearly knocks me off my feet - but I like to mix it up to get the most varied and functional workout possible.

I train to heart rate (my phone is displaying that on the floor in front of me), but you can do sets of 20 throws, or timed intervals, or whatever feels right for you. I'm finding my heart-rate is up around 80% of MHR if I throw at about this rate. It spikes a lot higher with more extreme reaches and jumping type moves. So I'm getting a great cardio workout while beating up the abs, core, arms and back, and the legs are working hard at keeping balance.

You might want to start with just a football or something until you get the hang of it. A 5kg medicine ball is quite impactful. Another top tip, if you're at a public gym, is to look out for bystanders. Every time, some lycra-clad person will settle down on a mat right behind me to do some kind of yoga moves, seemingly oblivious to how much that medicine ball is going to hurt when I inevitably miss a catch. Finally, make sure you are throwing against a concrete wall. Not a plasterboard stud-wall. Oops...

PS This is not in fact my normal training T-shirt. I normally use the dewerstone Trail Tee, which has a small and subtle logo, but small and subtle is not the way for brand ambassadoring. It's a great workout tee that keeps me cool and is dry enough to wear straight outta the washer. You can check them out here - http://ss1.us/a/Vv3d4Q46