It's All About The Pull Quote 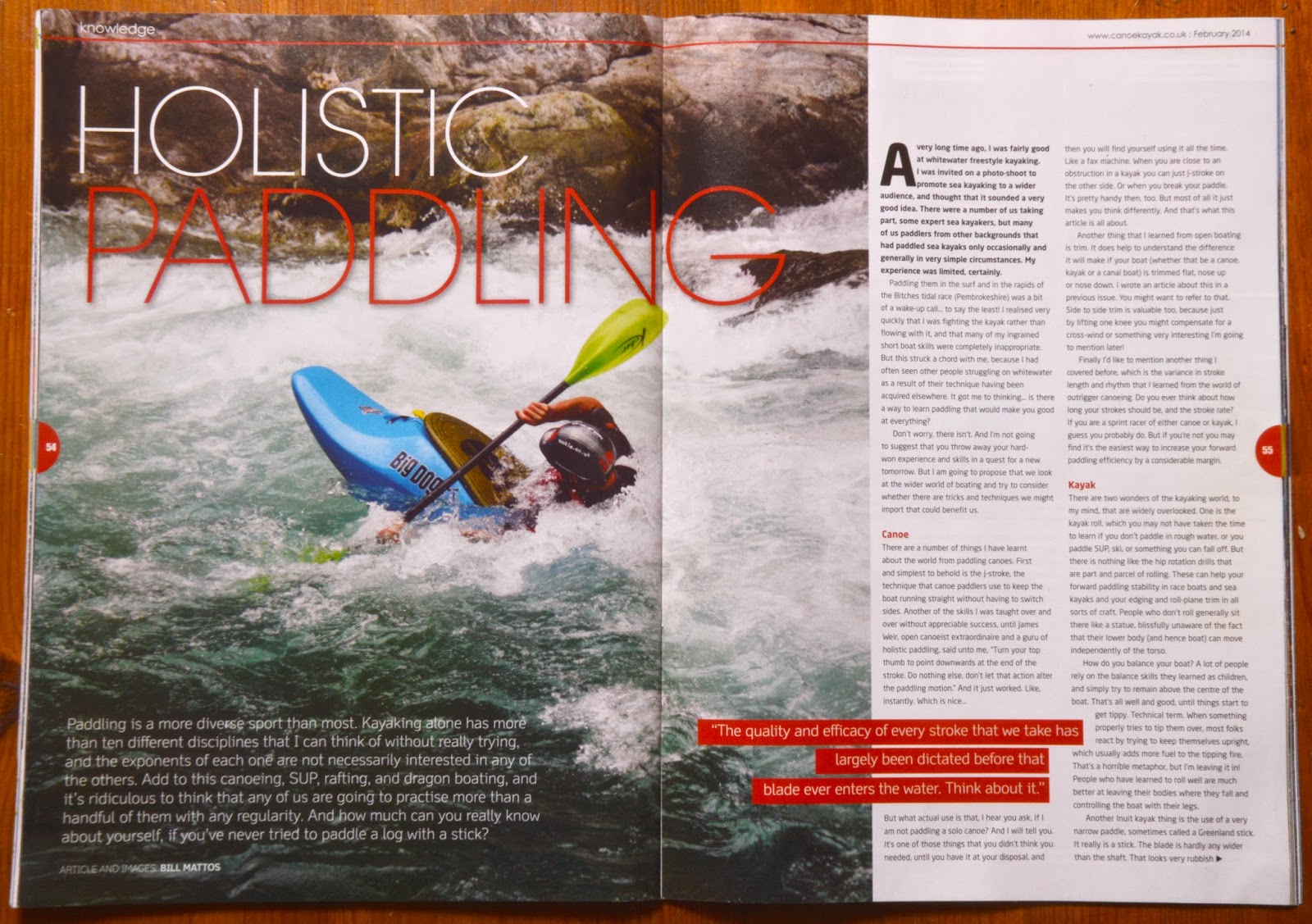 A dance does not take place on the ground. It takes place in the air. And yes - all my words are second-hand, including those ones (but excluding the ones I make up myself).

The point being, as it says in the red pull quote (the "looks a bit like Dymo tape" part) :

I've just submitted my words and pictures for issue 156 of Canoe & Kayak UK, and in doing so realised that I'd forgotten to share with you this offering that's in #155, and already on the streets, coffee tables and in some cases perhaps fires. It doesn't have made up words in it, but I was very pleased with finally finding an opportunity to use "efficacy", and "elegant-ish" seems to have slipped past the editor as well.

I'm not allowed to tell you what's in the forthcoming edition, but it will contain more than its fair share of controversy, by dint of my disagreement with the fundamental tenets of almost everyone's paddling faith. And a disproportionate amount of nail polish, for a sports magazine. The Ed did say it was a "cracking read", though, which following hard on the heels of him labelling me an "aquatic alchemist", seems to me to call for a bottle of something bubbly.

I'm not entirely comfortable with the use of "quote" as a noun. It irks me almost but not quite as much as when people use "invite" to mean "invitation". But I have just Googled it, and apparently it's acceptable to all but the overly formal. And who am I to talk, so dedicated to Oxford commas, and starting sentences with all the things one shouldn't?
Posted by @itsmattos at 09:34